15th Apr 2019 Comments Off on Refugee Claimants from China

China is one of the top source countries for temporary resident visa applications to China. In 2016, the number of people who applied for temporary resident visas was 492,370. Of the people who were granted visas, 822 declared refugee status. The number is unbelievably small, and represents what Immigration, Refugees and Citizenship Canada calls a risk ratio of 0.16%.

Notwithstanding this, IRCC is extremely diligent in monitoring which Chinese provinces have the highest amount of refugee claimants. This can apparently lead to refusals for borderline cases. 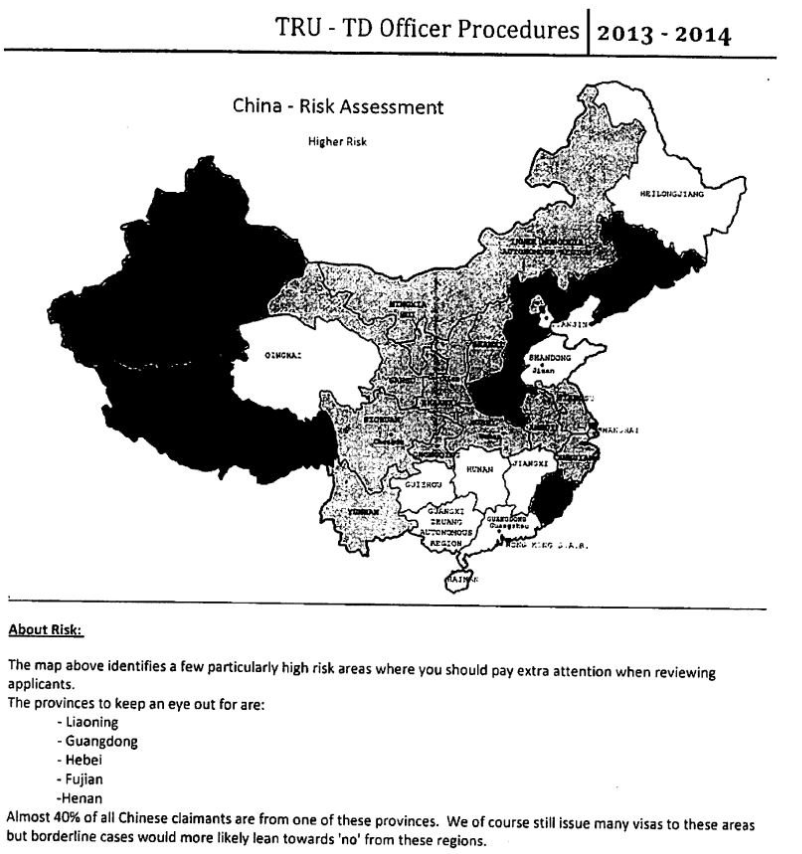 13th Apr 2019 Comments Off on Misrepresentation

Section 40 of the Immigration and Refugee Protection Act provides that a permanent resident or foreign national is inadmissible to Canada for directly or indirectly misrepresenting or withholding a material fact relating to a relevant matter that induces or could induce an error in the administration of Canada’s immigration laws.

The general consequence of misrepresenting is a five-year ban from entering Canada.

Canada is very strict on misrepresentation.  In Bundhel v. Canada (Citizenship and Immigration), 2014 FC 1147, for example, Mr. Bundhel had been charged and convicted with an offence, which had been overturned on appeal.  Mr. Bundhel would accordingly not have been criminally inadmissible to Canada.  Because of this, he put on his immigration forms that he had never been charged or arrested.  When it discovered thathehad been previously charged, what is now Immigration, Refugees and Citizenship Canada wrote to him and provided him with an opportunity to explain why he misrepresented.  After the immigration officer reviewed Mr. Bundhel’s explanation that it was an innocent mistake, the officer refused the application, and declared the person inadmissible to Canada for misrepresentation. The Court wrote (citations removed):

Mr. Bundhel’s complaint that the Officer should have considered the fact that he owned-up to the problem at the first available opportunity is also unjustified. Mr. Bundhel only acknowledged the true facts when he was confronted with them. This is not equivalent to a situation where an applicant owns-up to a mistake before it is brought to light or where the file already contains the correct information. In such a case, a favourable inference is more likely to be drawn because it is suggestive of an innocent mistake and not a wilful omission.