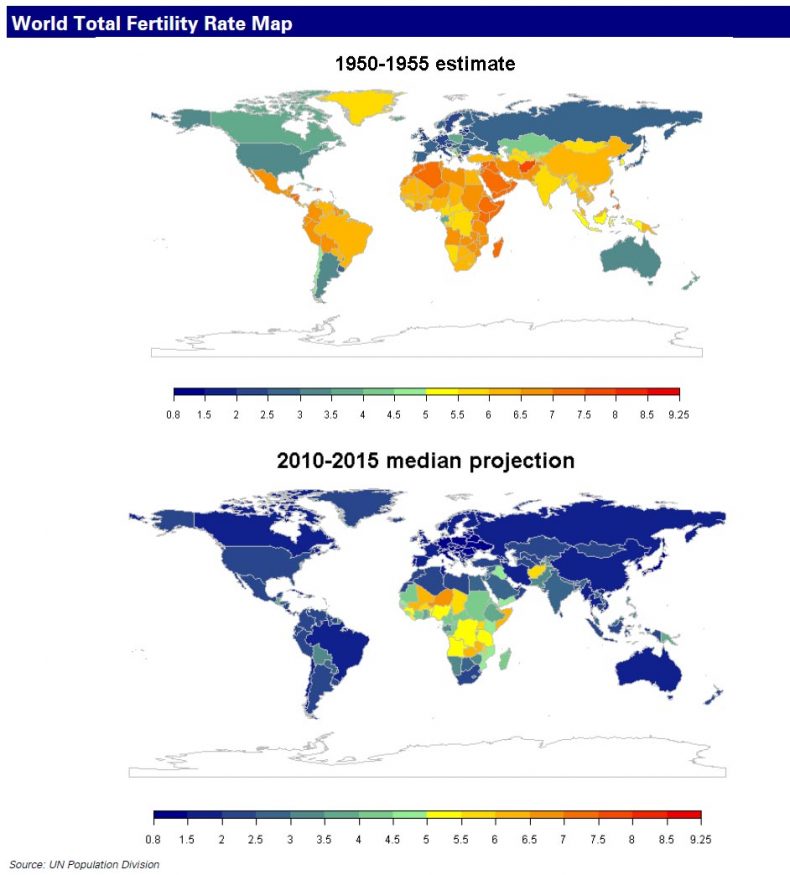 I have previously written about Canada’s aging demographics.  Compared to most European nations, Canada’s population is aging slowly.  However, compared to the other anglophone nations, Canada fares poorly.  In my previous post I noted that:

Amongst anglophone nations, however, Canada’s low fertility rate – currently 1.6 – results in their being fewer children than in the United States (with a fertility rate of 2.1), Australia (1.8), and the United Kingdom (1.9).

Accordingly, if Canada is to maintain a comparable population demographic to other anglophone nations, it is going to have to rely on immigration.  I do not see any other alternative. After all, these numbers are extremely difficult to change, and to a certain degree are “locked in”. The number of 10-year olds in Canada in 2020 will be roughly the number of people born in 2010.  The only thing that will make it higher is immigration.

Zerohedge recently produced a chart which highlights the historic change in fertility rates.

As the chart shows, from 1950-1955 Canada’s fertility rate was actually higher than the United States.  However, by 2010-2015, it had fallen precipitously to below 2.0.  Indeed, most nations have witnessed a dramatic decline in fertility rates.